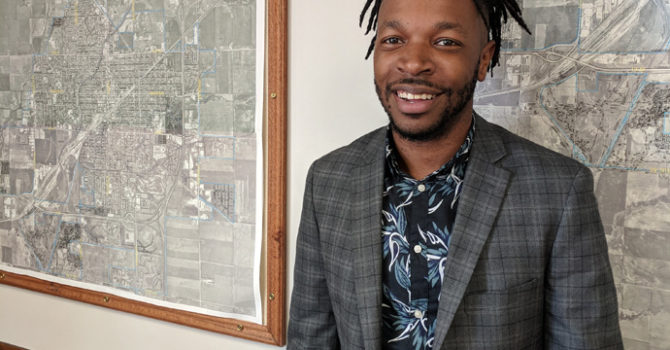 Ryan Sellers made his move to Newton last week after being hired as the City Planner, a position that was recently created.

The adjustment hasn’t been hard, he said. He has already found a new favorite restaurant — Back Alley Pizza.

“I read in a magazine that it was one of the best places to eat in the entire state,” Sellers said. “It was delicious.”

In his new position with the city, Sellers will work closely with the Newton Historic Preservation Commission and the Newton-North Newton Planning Commission, as well as the city’s engineering department.

The City Planner position opened up recently when the city cut an engineering inspector position. The roughly $35,000 per year position is funded through the city’s engineering budget — split between the general fund, water fund and sewer fund.

Sellers is the first person to hold the position for the City of Newton. A task, he said, he doesn’t take lightly.

Sellers, who earned a master’s degree in Urban and Regional Development from Alabama A&M this past year, is one of the youngest faces on the city staff.

“This is my first real job after college,” Sellers said.

He plans to use his youth to his advantage.

“I think I can bring fresh ideas to the city,” he said.

Community input will be his top priority when making decisions.

“We’ll be out there in the community asking what they want,” he said.

Sellers said he hopes to balance developing and renovating the community, while preserving its rich history.